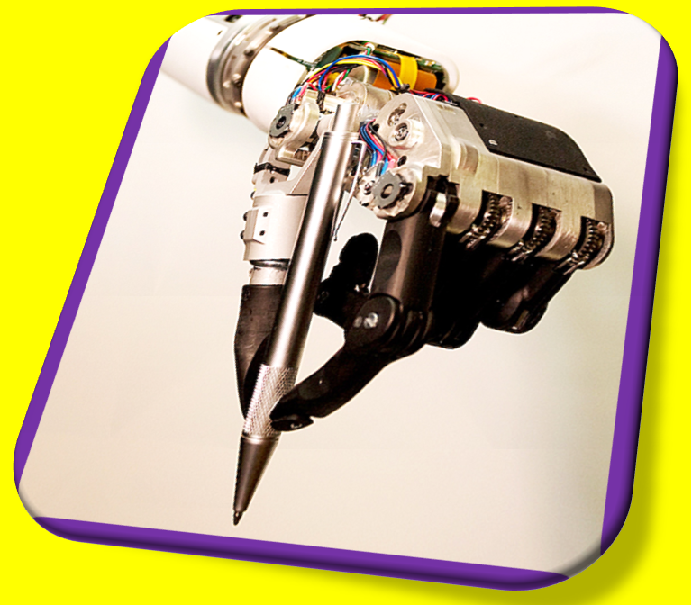 DARPA launched the Revolutionizing Prosthetics program in 2006 to advance the state of upper-limb prosthetic technology with the goals of improving quality of life for service-disabled veterans and ultimately giving them the option of returning to duty. Since then, Revolutionizing Prosthetics teams have developed two anthropomorphic advanced modular prototype prosthetic arm systems, including sockets, which offer increased range of motion, dexterity and control options. Through DARPA-funded work and partnerships with external researchers, the arm systems and supporting technology continue to advance. In a recent development reported in the May 17 issue of Nature, researchers at Providence VA Medical Center, Brown University and Massachusetts General Hospital demonstrated the ability to control an advanced prosthetic arm using a direct neural interface system in humans with brainstem stroke. The BrainGate research team was led by Drs. John Donoghue and Leigh Hochberg, VA researchers and professors at Brown and Brown/Harvard respectively, through funding from the Department of Veterans Affairs. This project featured collaboration with the National Institutes of Health, who provided additional funding, and the Defense Advanced Research Projects Agency, who provided a Generation 2 advanced prosthetic arm developed by DEKA under DARPA’s Revolutionizing Prosthetics program. Microelectrode arrays were implanted in the motor cortex of the brains of two tetraplegic patients. With minimal prior use, the patients were able to control the arm in three-dimensional space and perform reach and grasp tasks.


When DARPA launched the Revolutionizing Prosthetics program in 2006, the state of upper-limb prosthetic technology was far behind lower-limb technology. Advancing upper-limb technology was judged to be a more difficult medical and engineering challenge. After six years of development, the Revolutionizing Prosthetics program developed two anthropomorphic advanced modular prototype prosthetic arm systems, including sockets, which offer increased range of motion, dexterity and control options. Thirty-five volunteer amputees participated in a Department of Veterans Affairs (VA) funded optimization study in VA and DoD medical centers and provided design feedback for the development of the Gen-3 Arm System by DEKA Integrated Solutions Corporation, one of two primary performers on the Revolutionizing Prosthetics program. Based on that testing and subsequent refinement, DEKA submitted a 510(k) premarket notification to the FDA in April 2012 seeking approval to make the Arm System commercially available. DARPA researchers have also attained promising initial results on achieving brain control of an advanced arm system developed by the Johns Hopkins University Applied Physics Lab, the second primary performer on Revolutionizing Prosthetics. This work with tetraplegic volunteers has demonstrated the potential to use advanced prostheses to improve the quality of life for victims of paralysis. The Revolutionizing Prosthetics program is ongoing and aims to continue increasing functionality of the DARPA arm systems so servicemembers with arm loss may one day have the option of choosing to return to duty. Additionally, the dexterous hand capabilities developed under the program have already been applied to small robotic systems used in manipulating unexploded ordnance, thus keeping soldiers out of situations that have led to limb loss. 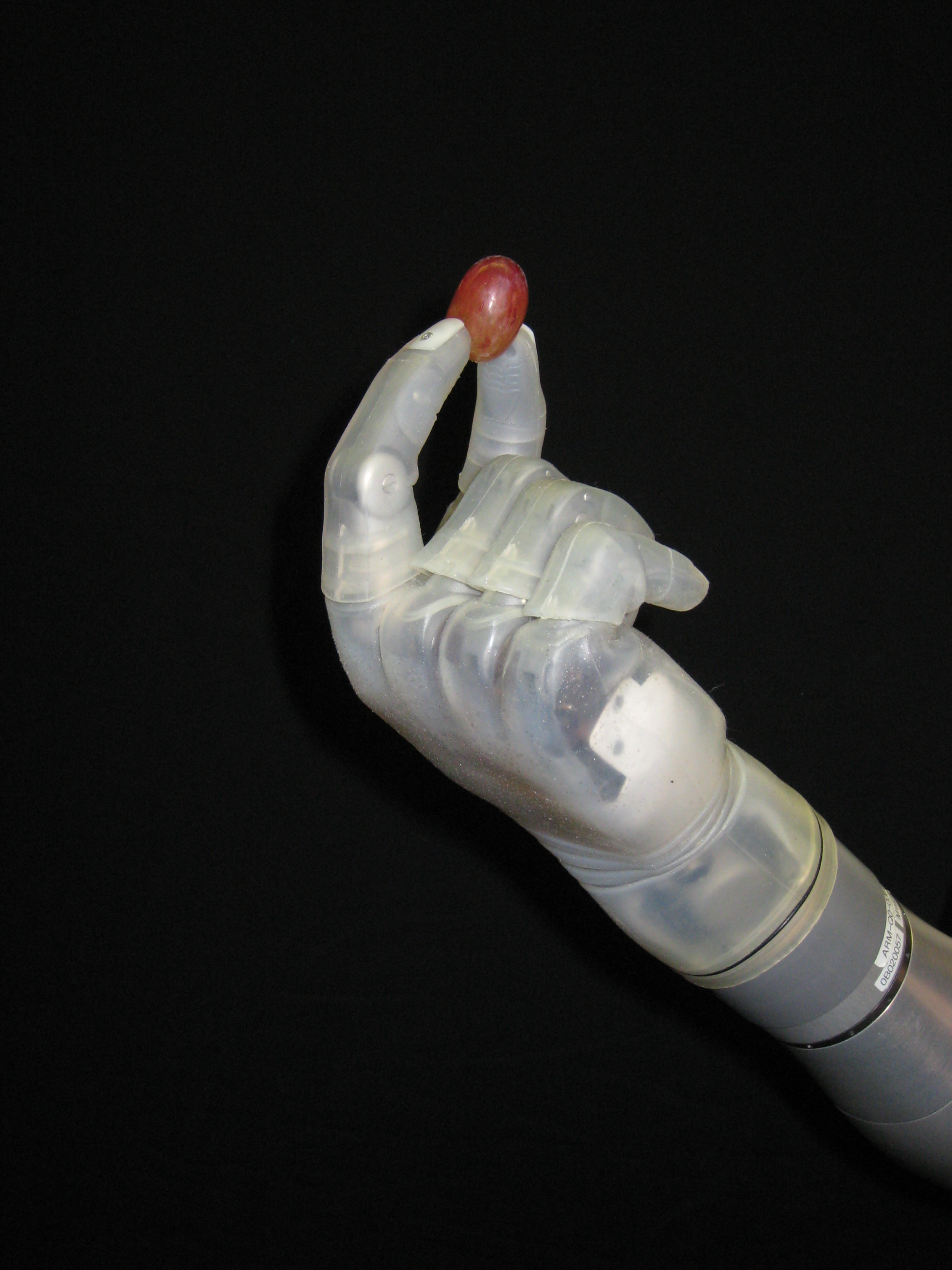 Brain-control demonstration breakthrough; two teams developing prosthetic arms and control systems. Improvements in training, body armor, and medical evacuation and care have saved lives in combat, but many of the wounds received during operations in Afghanistan and Iraq have resulted in amputations. Begun in 2006, DARPA’s Revolutionizing Prosthetics program set out to expand prosthetic arm options for today’s wounded warriors. The program funded two teams to create advanced anthropomorphic mechanical arms and control systems; one to get an arm control system to market quickly, the other to determine the viability of direct brain control. In September, one of the DARPA-funded advanced mechanical arms was controlled by a volunteer with tetraplegia via his brain signals recorded by electrocorticography (ECoG); the first-ever accomplishment of prosthetic arm control with this modality by an individual with a disability. The neuroprosthetic effort, funded by the National Institute for Neurological Disorders and Stroke at the National Institutes of Health (NIH/NINDS), the University of Pittsburgh Medical Center (UPMC) and the University of Pittsburgh School of Medicine (Pitt), used the Modular Prosthetic Limb (MPL) built by a team managed by Johns Hopkins University Applied Physics Laboratory (APL) in Laurel, Md, for DARPA. The UPMC/Pitt effort sets the stage for the next two years, when DARPA- funded researchers at UPMC and Caltech will conduct pre-clinical trials seeking to achieve brain control of advanced mechanical limbs by five spinal cord-injured volunteers in DARPA’s Revolutionizing Prosthetics program. The FDA has created an Innovation Pathway Initiative for priority review of breakthrough medical devices and designated their pilot program to be the direct brain-control effort, managed by APL. According to U.S. Army COL Geoffrey Ling, “This extensive interagency collaboration ensures rapid sharing of innovation and enables faster advances for the deserving warfighter.”

Associated images posted on www.darpa.mil---visit the website for more info